Last  All Projects Next 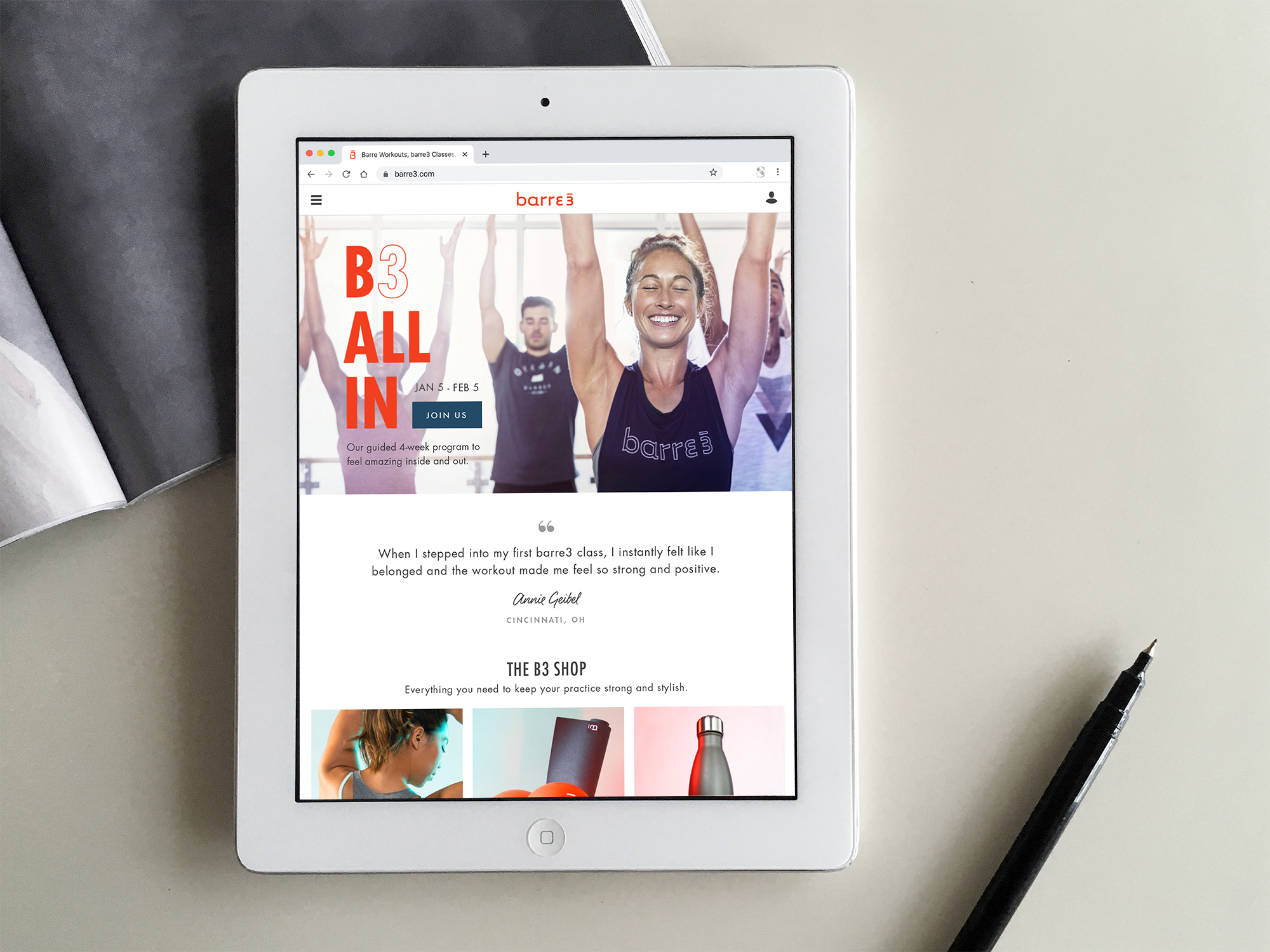 Every January barre3 catches the momentum of New Year's resolutions with a special month-long program to drive in-studio attendance and online subscriptions. In the past this had been solely a marketing campaign with the requisite landing page and registration flow. But this year I was excited to create a new feature to accompany the campaign: a goal-setting and tracking widget to help our online subscribers stay motivated.

Users signed up for the program via a landing page that I designed with elements that built on barre3's brand in a fun new way. 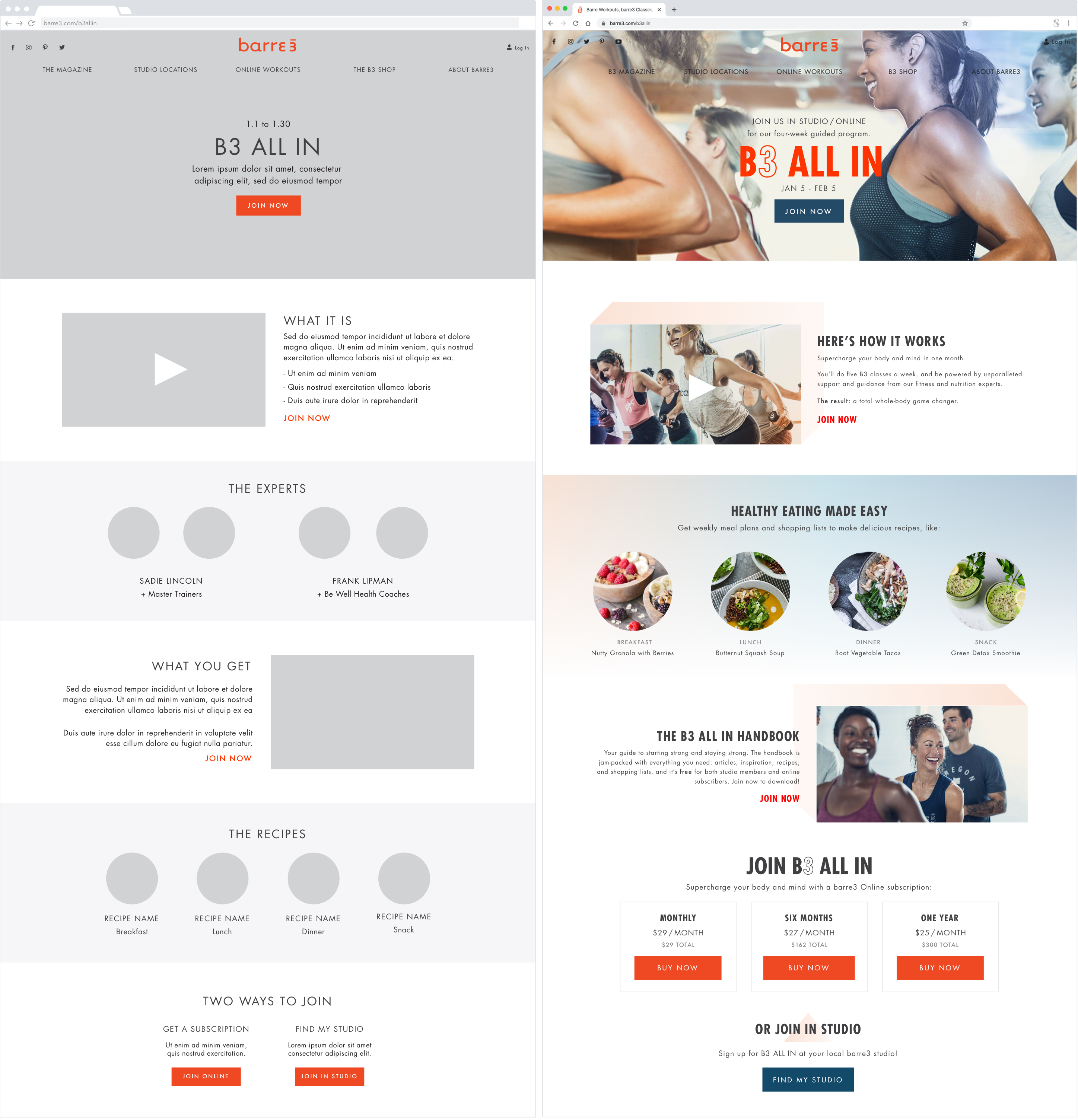 We launched the landing page with an A/B test for the registration flow, and I quickly discovered that version B improved the sign-up conversion rate by 12%. It looks more complex, but it actually simplified the online sign-up option by removing a step from the subscription purchase funnel. (Most studio clients found out about the program in person, so there was less need to sell them on it online.)

After joining B3 All In, you could access the new goal-setting and tracking feature for online workouts, which we created to address one of our users' biggest problems. Our surveys and user interviews had made it clear that the majority of subscription cancellations were due to a lack of motivation.

“I realized that I’d gone a few weeks without doing a single workout...it’s hard to stay motivated.”

I wanted to address this problem with a feature that was simple and intutive, but also fun and rewarding.

I ended up with a tracker that lets you set up a weekly schedule with one-click workout reminders, sent to you via text or email. It also rewards you with a custom emoji for each day that you worked out, and tallies up your weekly activity.

I put the tracker front and center in the experience (see more about online subscriptions in my B3 Weekly project) so users always had that visual reminder to use it week by week. 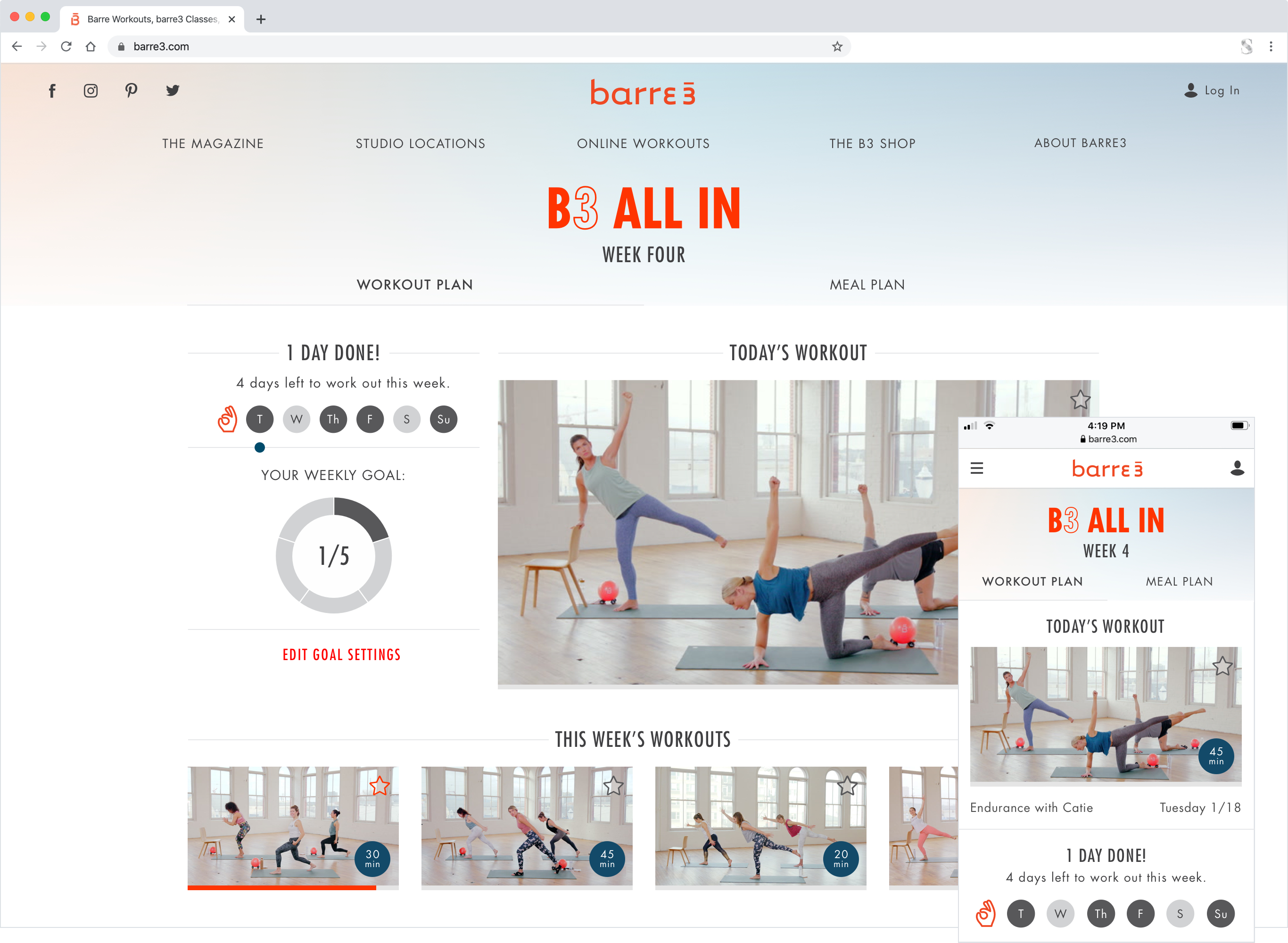 The scheduled workout reminders were randomized from a large and evolving list, so each day's message would continue to feel fresh and relevant. I tied the messages in with the goal tracker by incorporating the same emojis. 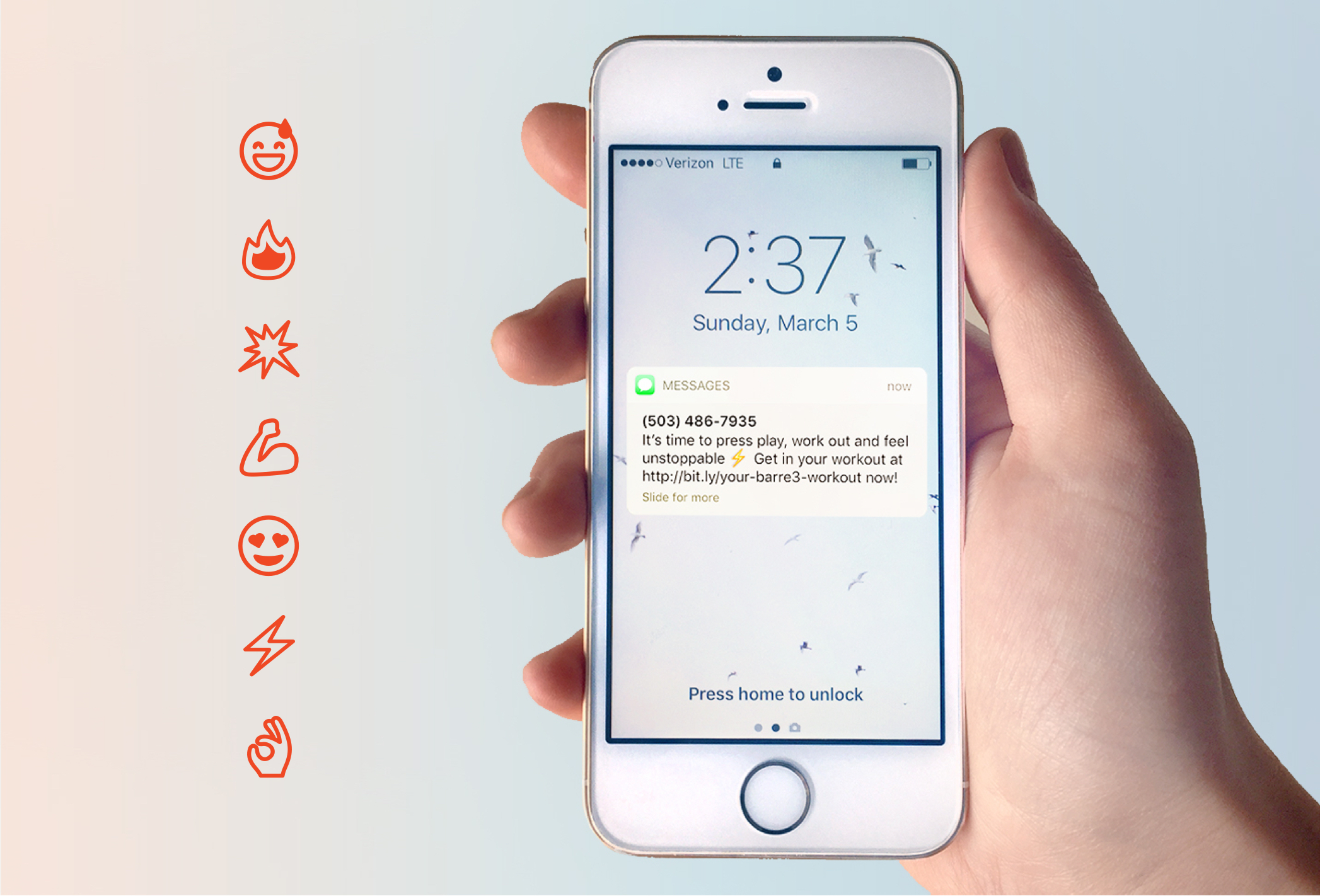 48% of users set a goal for themselves within the first week after launch, and it’s really made a difference to them: those who regularly set a goal now average almost two more workouts per week than they had been without a goal!